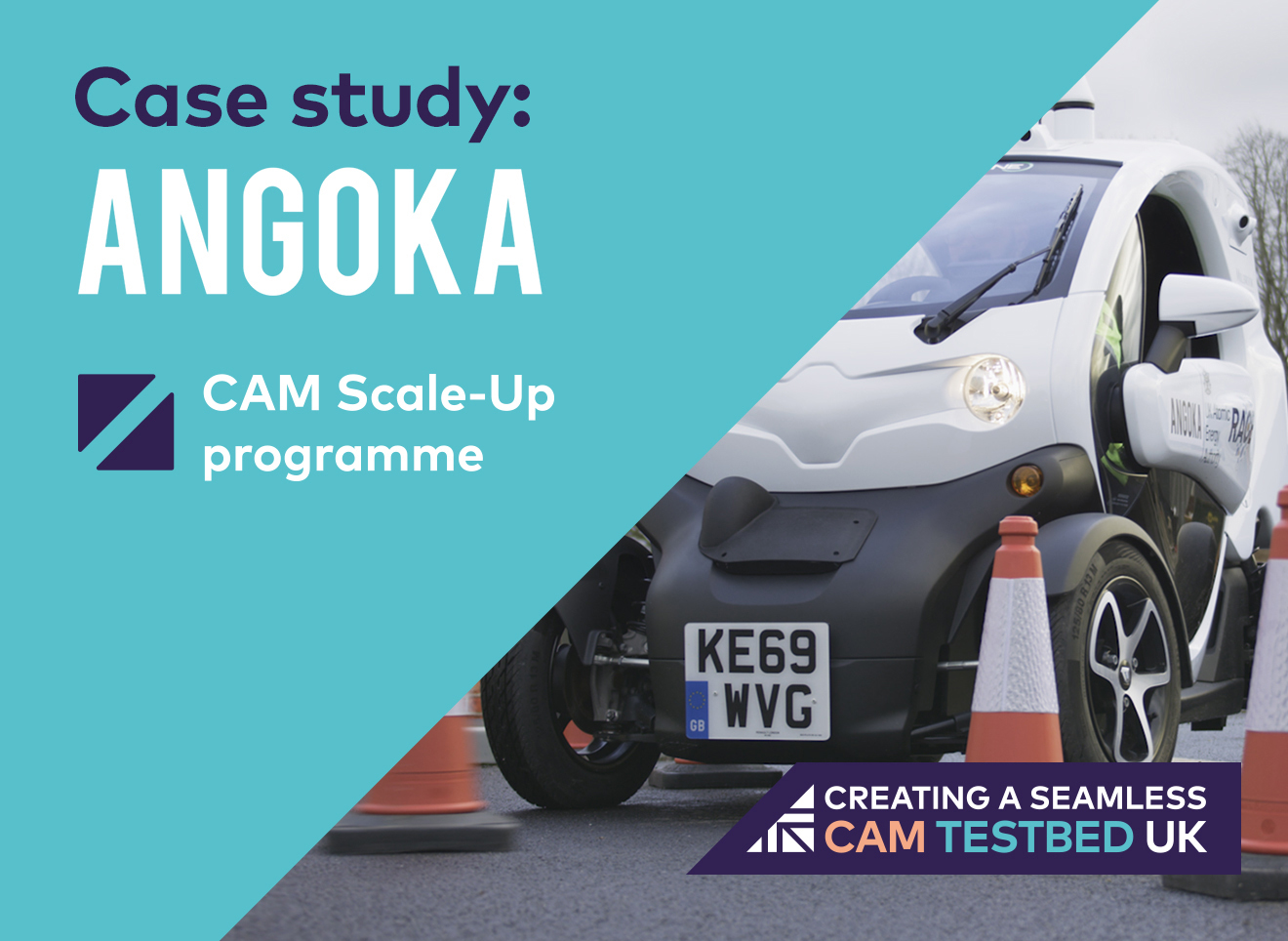 Angoka and the CAM Scale-Up programme

The solutions are retrofittable, meaning their current focus is on securing all levels of autonomy. Rather than waiting for the day we have total Level 5 autonomy across the country. Need a way for all levels of autonomy to collaborate and work together, to ensure the security and resilience of the whole system.

Angoka was founded via a Centre for Connected and Autonomous Vehicles (CCAV) funding call back in 2017. By 2019, they had secured their patent, and the company was headquartered in Belfast. They entered the CAM Scale-Up programme in 2020 with the aim of validating their technology and increasing their brand awareness.

When Zenzic speaks with Shadi A. Razak, co-founder and CTO of Angoka, it’s towards the end of the programme. Their testing schedule is complete, their engineers are back in Belfast, with reams of data to analyse, and the future’s looking bright for Angoka.

Shadi explains that the programme has helped the team to validate their technology alongside partners in the CAM ecosystem. He says the Zenzic and CAM Testbed UK teams have supported the Angoka mission both as supporters and mentors. For him, the programme felt like an expansion of the Angoka team!

The programme helped Angoka accelerate the development of their solution, including testing in real life scenarios. This contributed to the validation of the cyber resilience of Angoka’s security solution.

The programme allowed the team to engage more effectively with potential clients, partners and end-users of Angoka’s software. Shadi says the team has gained excellent connections through the programme.

Angoka says thanks to the international exposure they’ve gained from both Zenzic and Plug and Play, they’re in conversation with prospective clients and partners. As a result, the team has expanded to 20-strong.

Core cyber security validation and a bright future for Angoka in the CAM ecosystem.

Angoka’s testing journey started with HORIBA MIRA. The mission here was to test the security, performance and functional safety of Angoka’s hardware.

First up was a cyber security assessment, designed and undertaken with the HORIBA MIRA team to test the resilience of the Angoka software. The second round of testing with HORIBA MIRA included integrating the Angoka technology into off the shelf commercial engine control units (ECU), in HORIBA MIRA’s vehicle network.

The second leg of Angoka’s testing journey was with RACE, part of the Millbrook-Culham testbed. The tests consisted of a dynamic traffic routing trial, using three vehicles in a real-life city environment. By retrofitting both the RACE roadside units and the autonomous vehicles, the team created trusted zones between the vehicles, allowing for fully-protected communication.

For the Angoka team, the testing highlight was validating the cyber resilience of their device authentication technology against a myriad of cyber attacks at HORIBA MIRA. Going on to test the interoperability of Angoka’s technology with new and old ECUs allowed the team to prove they can retrofit older vehicles – a USP for Angoka.

Shadi says the future’s very bright for Angoka: “We’re busier than ever, especially in the smart mobility space. The programme has definitely contributed to this growth.”

“We’re working with BT to create the first quantum-secured 5G backbone in London, in an Innovate UK-funded project. We’re also working on two drone projects (both also funded by Innovate UK), with partners including Altitude Angels, Connected Places Catapult and Cranfield University. Plus, we’ve also been accepted into Plug and Play’s Smart Cities programme, in their Mobility vertical.”

Here Shadi A. Razak summarises the progress made through the CAM Scale-Up programme and the top-level outcomes of the broad variety of tests that were undertaken. 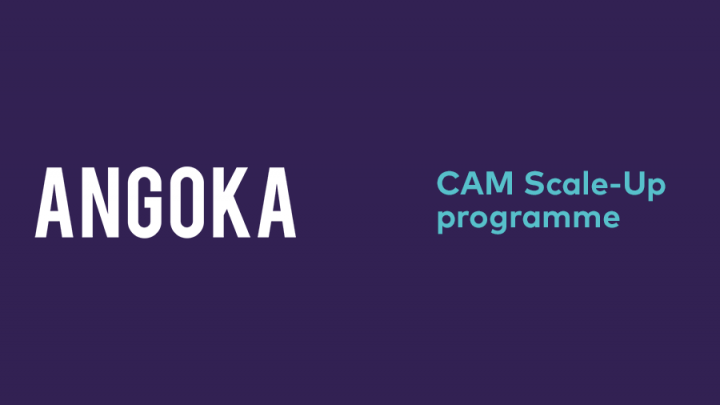 6 month reduction in development cycle for the team on a mission to put the C into CAM.

Proven technologies and new client prospects for the Edge AI start-up from the University of Cambridge.

Find out more about the
CAM Scale-Up programme

To contact a member of our team or to express your interest in the Zenzic CAM Scale-Up programme, please contact camscaleup@zenzic.io.

Seven projects from right across the UK awarded £81 million in combined government and industry funding for commercial self-driving passenger and freight services.