CES 2019: the year of autonomous vehicles

CES has long been more than a consumer electronics show. It’s broadened its remit to take in a wide variety of tech. Nevertheless, on my first visit to the show I was taken aback to see an enormous John Deere combine harvester in an exhibition hall which mostly comprised robots, audio gear and the world’s first foldable phone.

Don’t get me wrong I’ve loved a combine harvester since I sat in one aged four and held the steering wheel as it cut through swathes of wheat. But why was it here? How ‘tech’ is a combine? It turns out, that not only is it ‘very tech’ but John Deere were pioneers of autonomy- so much so that the helpful person on their first-ever CES stand didn’t really espouse anything new about it. “We’ve been building autonomous combines for 15 years!” she told me. 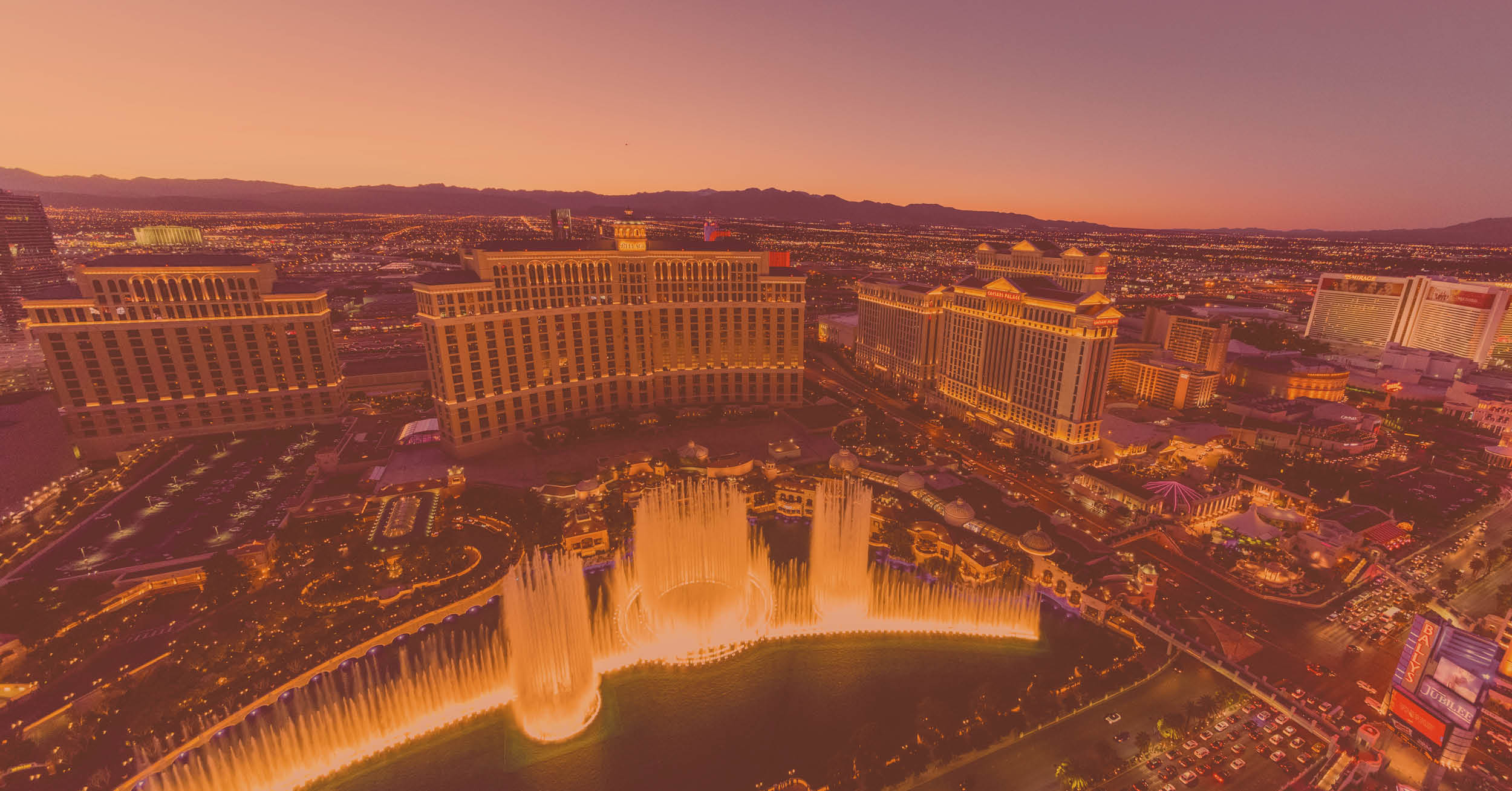 While the agricultural industry was showcasing something proven, many car manufacturers were offering a glimpse of the future. The whole of the North Hall of the Las Vegas Convention Centre is dedicated to the auto industry (this being the city it is, the hall isn’t a small add-on but an event within an event covering 38,000 sqm) and the likes of Audi and Nissan were giving Samsung and Sony a run for their money in the glitz and glamour stakes. Almost all the OEMs were focusing on the in-car tech, low carbon and of most interest to the Meridian team, autonomy. 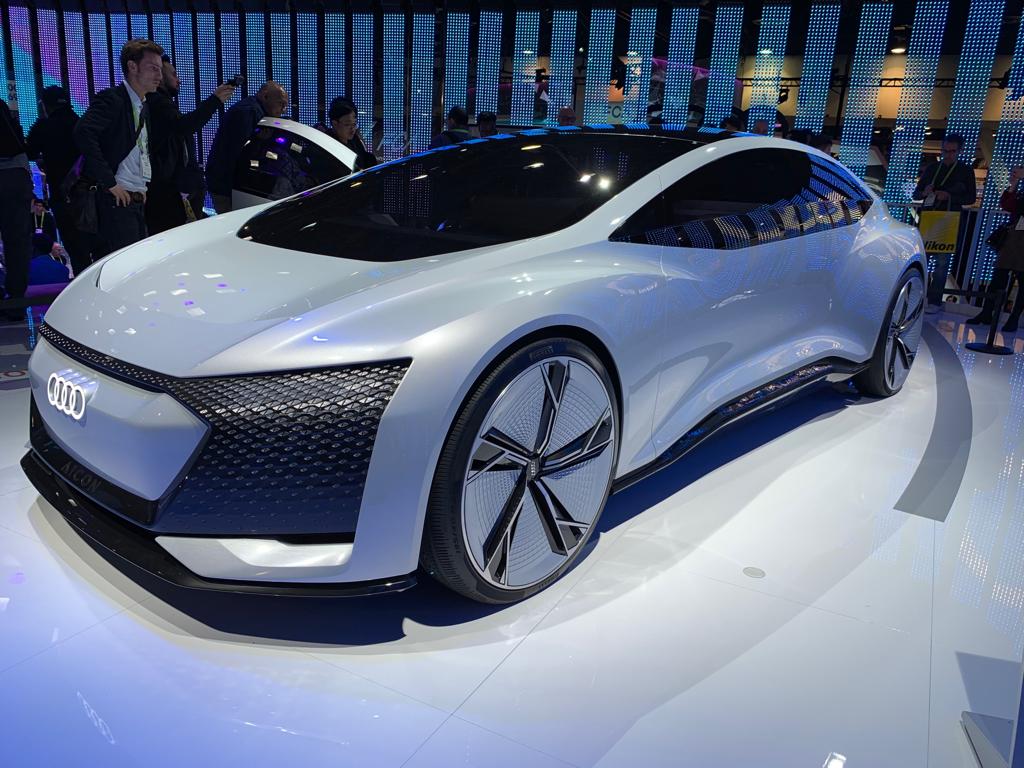 Many were showing some nice-looking cabins often with immersive screens incorporated into dashboards, windows and door panels. Others took it a step further and in a pre-Level 5 age, showcased ideas of how the car could respond to the emotions and physicality of the driver to ensure a safer and more pleasant journey. If it spots you are looking tired the back of the seat will vibrate and play some lively music to wake you up. You’re looking a bit sad because the weather outside is a bit gloomy then the cabin lights will brighten. I’m not sure I want my car to tell me to “cheer up”, but it won’t be happening anytime soon anyway… one exhibitor told me this was coming in 2045. Surely, that’s at a point when most expect us to have Level 5 autonomy?

When it came to self-driving systems many key elements were being offered by exhibitors in the Smart Cities area – from lidar to sensors, cyber security and software. It was reassuring to see a wide range of this complex ecosystem was being represented and not just vehicles.

UK in front – the only real autonomy demonstration

What was sadly lacking was seeing many autonomous vehicles actually moving. The UK’s Aurrigo was the only company conducting live demos open to the public. Meridian supported the company’s visit to CES as their zero-carbon pod demonstrates a high level of autonomy and isn’t dependent on using a mapped, defined route. 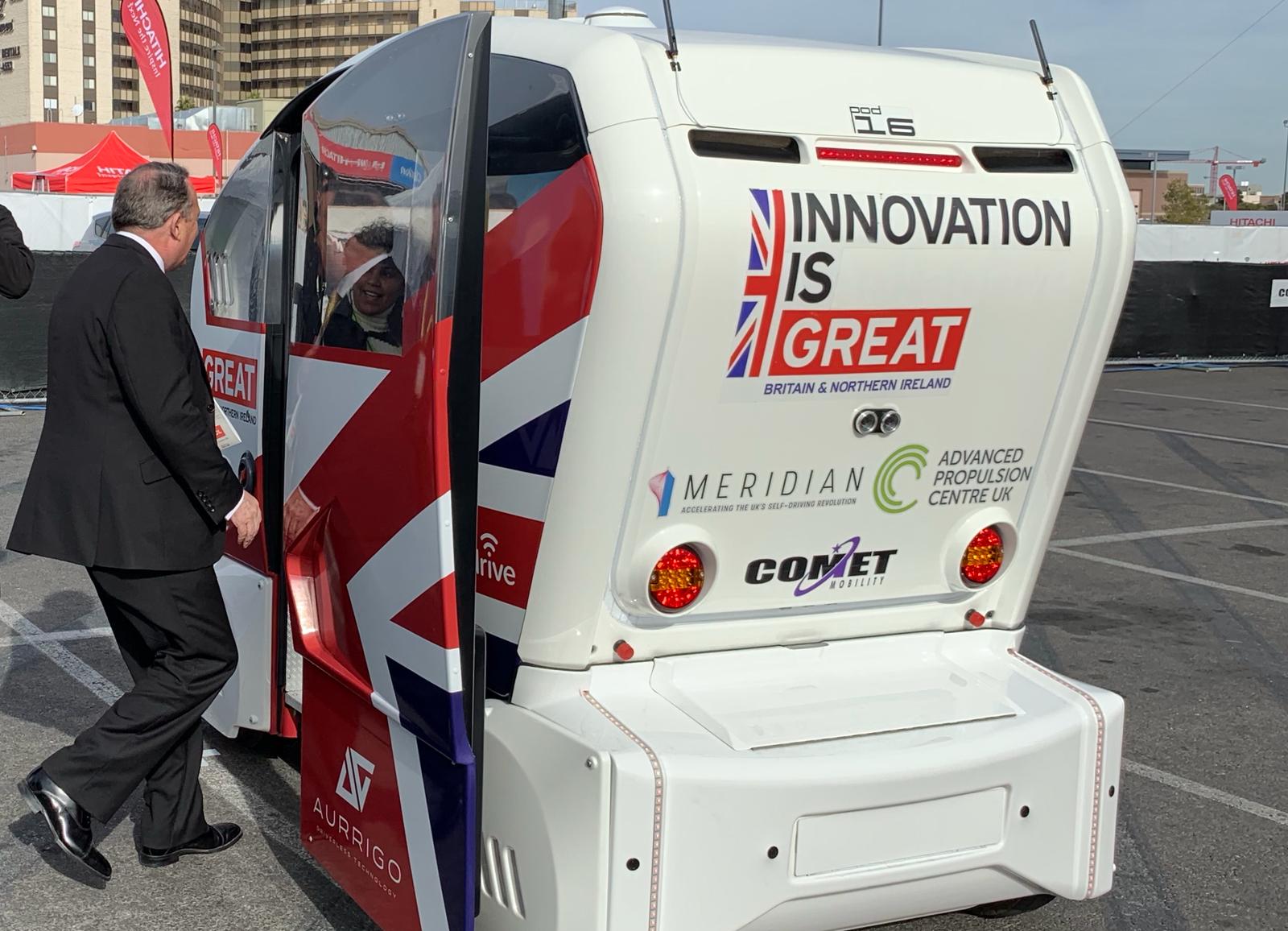 Even though the demos were away from the main show they achieved massive cut through – gaining the attention of the world’s press and always having a healthy queue. Over 1,300 visitors tried out the AI, voice-controlled pods which as a result of a partnership with IBM’s Watson riders were able to request the pod take them to ‘London’, ‘New York’ or ‘Las Vegas’.

Beyond the exhibits there was also much discussion around connected and autonomous vehicles. At a dinner hosted by the Society of Motor Manufacturers and Traders (SMMT) the Secretary of State for International Trade, Dr Liam Fox said the British automotive industry was at the forefront of “the biggest transformation in transportation for generations. We are delivering major investment, as part of a coherent strategy, developed with industry, to support electric, autonomous and connected vehicles”.

In the speaker sessions I attended there were some positive messages coming through on the need for collaboration to make autonomous vehicles a reality on our roads – effectively endorsing the approach the UK has taken in creating Meridian. In one panel entitled ‘Government vs OEM development’ it became clear none of the panellists believed in such a confrontational approach. Everyone believed safety was paramount but government and the pioneers in this sector need to work in partnership to ensure the technology is deployed in the right way. Jessica Uguccioni from the UK’s Law Commission said a balance is needed – knowing when to intervene early where it makes sense, but when to sit back and allow things to play out.

In a panel on connectivity IBM’s Sarah Carlson believes 5G will be about both services and safety – with data sharing being vital. However, there needs to be trust in order make this happen and “telcos, government and OEMs will have to collaborate”. The safety benefits are significant – every millisecond reduction in latency reduces stopping distances by 10 feet. Also, networks will be able to communicate to detect a change in the threat level e.g. a school has been evacuated due to a gas leak so there are many more children around.

Beyond safety the other strong theme coming through is services. When people have more time on their hands, when those hands are no longer on a steering wheel, what will they do with it? 5G will bring connectivity that will open opportunities – entertainment is often mentioned with windows turning into cinema screens but commuting time could be working time and that same screen used for conference calls.

It’s not all about new, new, new

While there is much to be gained from connectivity, autonomy isn’t all about Level 5 and new vehicles. One panellist cited that 60 million cars in the US are eligible to be upgraded to ADAS. Upgrades to hardware and over-the-air software updates are predicted to become more commonplace as costs are reduced over time. But whether factory fitted or after-market, there was widespread agreement that we need to educate people when it comes to all levels of autonomy. It was claimed that 65% of drivers switch off ADAS systems – as false positives annoy them. There’s a basic thing to get right – making sure safety features in our vehicles right now are switched on.

UK remains a leader in autonomy

Overall, the UK self-driving sector was well represented at CES where once again it was a hot topic. Beyond Meridian and Aurrigo innovators such as Oxbotica, Valerann and Immense Simulations were all flying the flag. Across the week Meridian’s meetings with companies and government bodies from across the world reaffirmed our collaborative approach is both distinctive and welcomed – something that was backed by CES organisers, the CTA, which recognises the UK as a world leader in connected and autonomous vehicles.