Speaking to ‘iNews’ at CES 2019 Richard Porter, Meridian and Rob Wallis, TRL, discuss how the UK’s self-driving car industry is confident CAVs will be on the country’s roads by 2021 and the benefits of a collaborative approach for the UK. 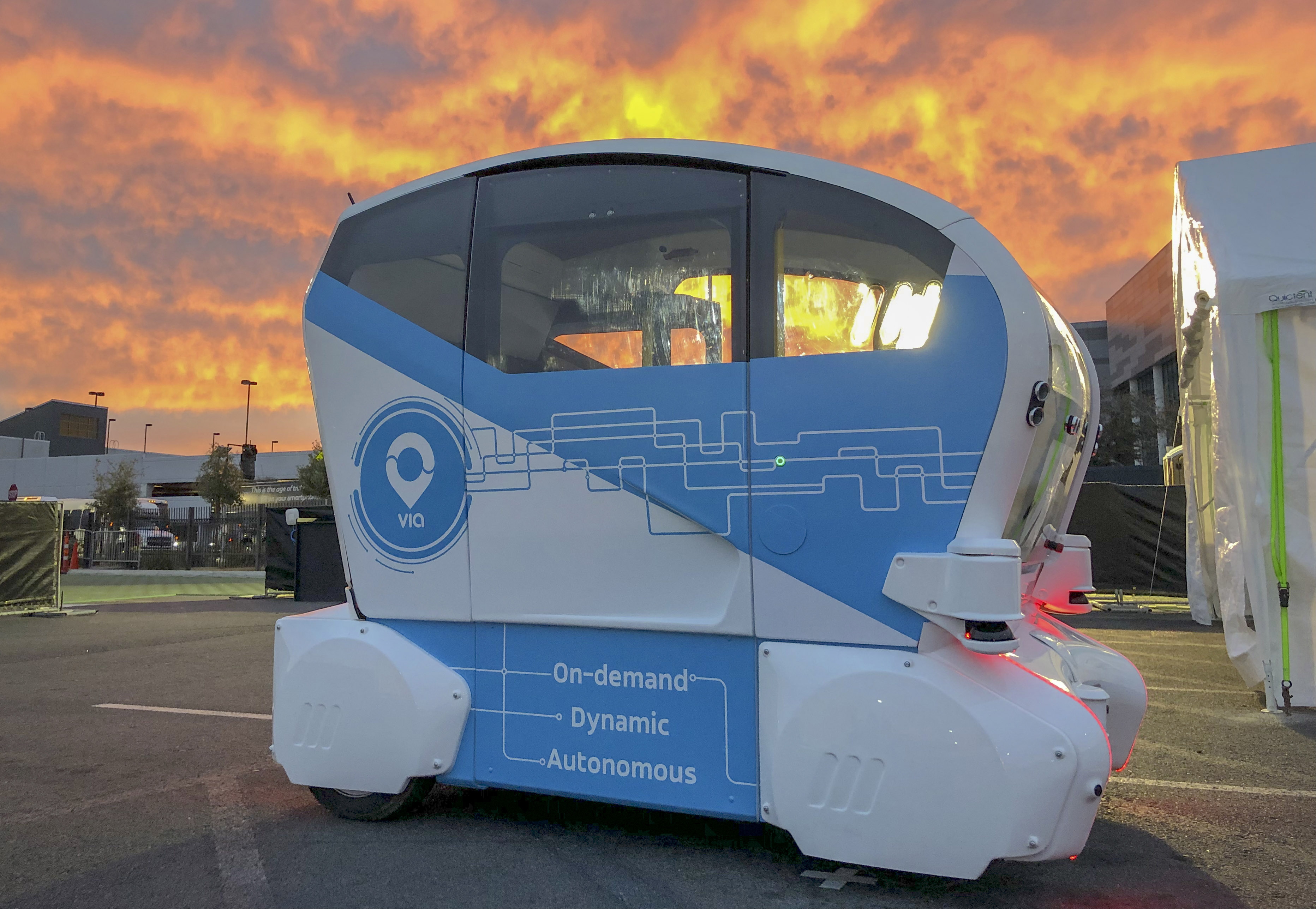 Autonomous vehicles on the UK’s roads in 2021 is a viable suggestion, experts say.

UK driver-less car industry is confident autonomous vehicles will be on the country’s roads by 2021, in line with Chris Grayling’s expectations.

Speaking at CES, the world’s largest technology show, British experts said it was “certainly possible” that driver-less cars could move beyond the testing stage and onto main roads in the next two years. The Transport Secretary first announced the time frame for driver-less cars to be in full use on UK roads by 2021 in November 2017, calling the potential benefits for human mobility and wider society “tremendously exciting.”

Rob Wallis, chief executive of the private consultancy firm Transport Research Laboratory (TRL), said that while high volumes are unlikely to be driving around independently, live services will be running.

“The technology exists, it’s certainly possible,” he told i. “The three current barriers to it are the insurance industry, the regulatory environment and public perception.

“People want to know if these technologies are safe and if they’re going to reduce deaths, and about the other societal benefits surrounding road capacity and congestion. Our view is that it will be safer: there will be a reduction in deaths and serious injuries, but it will take time and it won’t be perfect. We won’t have zero deaths, that’s the real societal challenge people have to get their head around.”

Boris Blanche, managing director of the International Road Transport Union (IRU), previously told i the UK’s lack of suitable infrastructure could mean delays in wider deployment of the vehicles. Various forms of self-driving vehicles are currently being tested at sites across the UK, including pod manufacturer Aurrigo, which demonstrated its autonomous voice-controlled Pod Zero vehicle in a car part near to the Las Vegas Convention Centre.

The pod, developed in collaboration with IBM’s Watson AI technology and ride sharing tech from Uber rival Via, drove visitors between points dictated by speaking “Hello Watson,” and their desired location in the marked lot.

Rich Porter, director of technology and innovation at Meridian, a government-backed organisation for the promotion and development of autonomous vehicles, was also confident the 2021 target was not over-ambitious.

“2030 is the point we’re working back from, and the real value is going to be in autonomy as a service: consumers aren’t going to be buying these vehicles, they’ll be too expensive.” The UK’s key advantage over the US in terms of autonomous development is its collaborative approach between its various programmes and neighbouring countries, the pair agreed.

“In the UK we’re spending less money, which is good, but we’re doing it in a much more joined-up way,” Mr Wallis said. “While the companies able to pour enormous amounts of money into product development probably have better products, our collaboration system provides a more effective deployment for driverless cars and services which have a societal impact.”

While the effect Brexit will have on European autonomous collaboration remains unclear, he added: “The UK still stands strongly across Europe as a country people still want to do business with. I don’t really see the UK becoming isolated.”

Speaking at the trade show, International Trade Secretary Liam Fox said the UK’s development of autonomous and low-emission vehicles was “one of our greatest strengths”. “We are delivering major investment, as part of a coherent strategy, developed with industry, to support electric, autonomous and connected vehicles,” he added.

Meridian statement on the pedestrian accident in Arizona, USA