Tech.Co report the latest technology news and conduct in-depth research with the aim of creating genuine, practical and informative resources.

Dr. Richard Porter, Zenzic’s Director of Technology and Innovation provided his opinions on the safety of self-driving vehicles in the future for a recent Tech.co article. But when exactly can we expect autonomous vehicles on the road? And indeed, at what cost will this come to us, the drivers?

For the full article, read below.

When you think about it, driving is actually pretty difficult. Managing the speed and direction of sometimes two tonnes of metal, while moving in between other slabs of steel and plastic, requires a lot of cognitive effort.

What’s worse is that the tech in our lives, and in our cars, is making the distractions we face while driving – phones, music, passengers – even more distracting. Plus, our roads have never been busier, increasing the potential for accidents.

So, why do companies insist on giving us more distractions while we’re behind the wheel? Recently, Jaguar Land Rover announced that its cars would, in the near future, detect potholes and other road imperfections, and reward drivers with cryptocurrency. So, as well as worrying about avoiding a pothole, drivers may now feel distracted about whether their car detected it and will reward them.

Right now, in-car tech innovations risk giving us more to think about behind the wheel, rather than making driving itself easier. But, while tech will make our motoring lives harder in the short term, that same tech might eventually stop us driving altogether.

How big a problem is distracted driving?

While it’s difficult to get definitive statistics on exactly how many crashes have resulted from drivers being distracted by their tech, it is clear that a lot of drivers are distracted.

According to German Autolabs, a company building voice-controlled AI assistants for cars, one-in-three drivers have used their mobile phone while driving. A quick straw poll in the Tech.co office would suggest that this number is slightly low, but the point stands – too many people are using their phones every day behind the wheel.

Of course, phones aren’t the only distraction when driving. Companies ranging from forward-thinking electric car manufacturer Tesla, to steady, safety-conscious Volvo are removing regular buttons and dials on their dashboards and installing enormous touchscreens in their place. 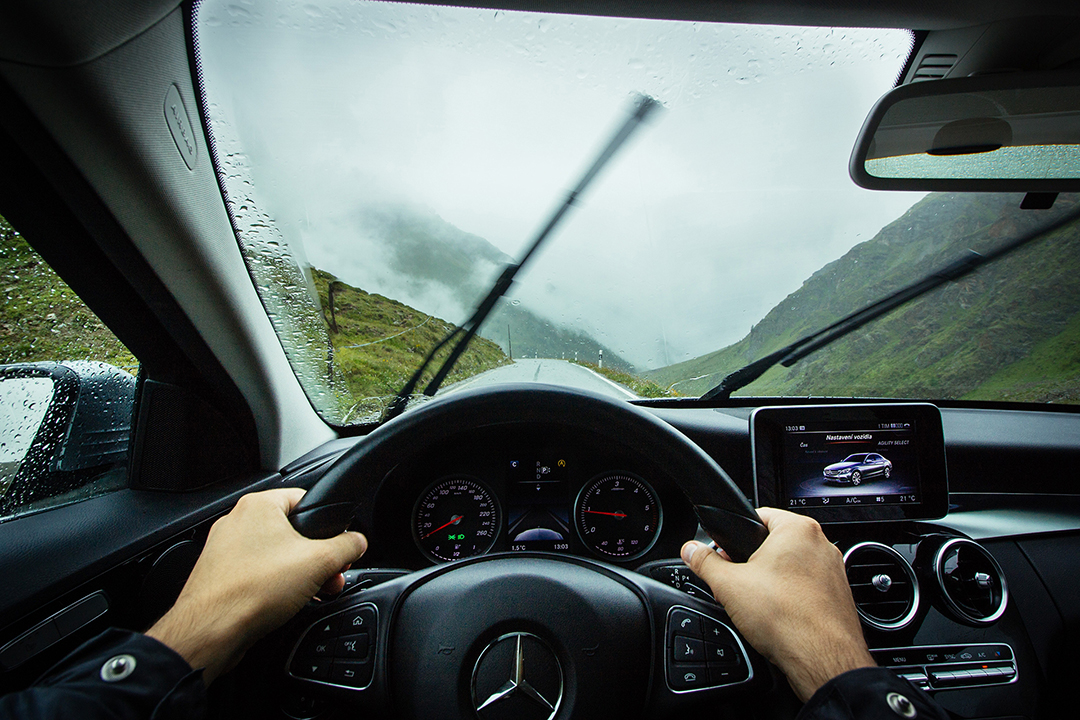 The intention is that touchscreens will make controlling a car’s functions more intuitive. But, in reality, the screens are harder to use while driving, compared to reaching for a button. Touchscreens tend to rest just out of your eyeline – constantly battling for attention with the road.

“Car design today is increasingly about more software functions and less mechanics, which is good for Mobica as we are taking a lot of work building bigger and more complex screens”, says Stefan Marxreiter, COO of in-car tech company Mobica, “The challenge is ensure these do not compete for the driver’s attention while they need to be in control of the car. While people want big screens to mirror content from their phone, computer or TV, the challenge is that any driver – even your gran – must be able to use the screen and technology without losing concentration while driving. Usability has to be part of the design to limit the amount of time the driver takes their hands off the wheel and their eyes off the road.”

Of course, these same companies are installing semi-autonomous driver aids into their cars. But while these have upsides, they’re not necessarily ideal:

Is it going to get worse?

Probably. We increasingly rely on in-car tech to get around, but also to keep us entertained.

While in-car entertainment used to mean singalongs – something two-in-five drivers admit to – and games of I Spy, we’re now looking for increasingly interactive and high-tech experiences.

“You might want to watch a movie, or you might want to read a magazine on a big screen. It’s not just infotainment anymore, it’s mirroring of personal devices. Let’s say you want to go out for the evening, and you want to continue the playlist on your Apple devices in the car, it’s going to move towards that kind of entertainment,” Marxreiter explains.

Technology is starting to come along which makes managing the in-car tech easier for drivers, but it may come at a cost:

“On the one hand, you do things to make things easier for the driver, like voice control, gestures, and so on. But, on the other hand, you have to monitor the driver – and that is exactly what will happen in the coming years,” says Marxreiter “You will have cameras monitoring the driver, checking if the driver is sleeping or if they’re tired, also detecting if their hands are on the wheel, and so on.”

If having electronic systems constantly monitoring drivers sounds scary, we have more bad news for you.

“Right now, every OEM is developing monitoring systems like that. Already with lane-keeping assistance, when you remove your hand for a certain timeframe – whether that’s 20, 30, or 40 seconds or whatever – the car is telling you that you need to put your hands back on the wheel, or the system will be switched off,” Marxreiter says. “What will come in the future – and this will come very fast – is the cameras will be monitoring the eyes, monitoring the head to see where you’re looking… the heartbeat, and there are technologies on the market where you can monitor via a distance sensor. All of those systems are in development at every OEM.”

This kind of monitoring will also be used to apportion blame in crashes.

“Patterns such as swerving can be seen in the datasets from black boxes, along with any braking that people may – or may not do – along with hard accelerations. We can’t get any metrics on how distracted the drivers are, but lots of other information can be used to assess the incident,” says Adam Gooch, a director at UK-based car insurance telematics firm ITS, “we see an evolution in that the vehicle is becoming the device, and while new technology is great from a user viewpoint, I would say that as more and more people use phones and mobile devices, there is more of an issue with distracted driving.”

This kind of driver monitoring is already widely in use in commercial fleet tracking systems. Even so, while driver monitoring and automated assists might reduce some accidents, we’ll never completely eliminate car crashes.

“We absolutely need to drive accidents as close to zero as possible, but I always try to adopt a pragmatic view here, and you can’t change the laws of physics,” says Richard Porter, Director of Tech and Innovation for Zenzic “Vehicles, automated or not, will always have a stopping distance, no matter how much you cut the reaction times closer to zero. I think people walking around, distracted on our phones – we’ve all done it – bumping into other people, not paying attention to the road, hopefully we will get a significant reduction in accidents, but human error, in terms of pedestrians and cyclists not paying attention, there’s always a risk.”

Do we want a future with fewer accidents, but more surveillance? 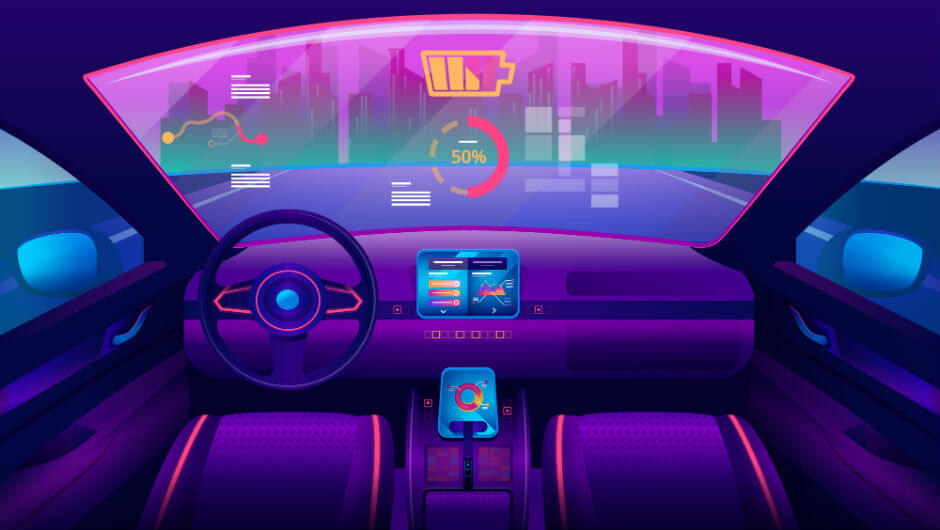 If you ask the right people – one particular space-obsessed South African springs to mind – we already have fully autonomous, driverless cars.

Back in the real world, however, we don’t. And we’re not likely to get to that point today, or indeed, tomorrow. We’ve written extensively about the teething problems faced by self-driving cars, but we’re not that far from never having to drive again.

“I would say that it will be four to five years before we see the first real autonomous cars,” Marxreiter says. Porter, meanwhile, is slightly more conservative “We’ll certainly see fully-automated vehicles come out in the next five to ten years.”

But autonomy won’t come to everyone at the same time.

“You have early adopters – 10% perhaps – who will get the opportunity to try self-driving cars, but the majority of people, they’re stuck having the old cars,” says Marxreiter.

“The self-driving cars will be very careful, they will be cautious, they will drive slow, they will have lower speeds than the other cars. That’s the beginning and basically the safety will grow with the number of autonomous cars on the road,” Marxreiter says. “Humans are unpredictable, and where you have old people, or very young people driving cars, they are especially unpredictable, but autonomous cars have to find a way to predict it.”

Marxreiter’s colleague, Wolfram Reis, continues “For example, you already have self-driving modes – distance control – it’s already conservative, and typically, the gap it leaves between you and the car in front is so big that other drivers are moving into that gap. But I also want to emphasise that it’s not only passenger cars, but also we have to control buses, trucks and so on. And there are still other parties on the road, such as motorcycles or special cars, for example, and it will take much, much longer to have them interacting in the same way with driverless cars. It will take us decades.”

But, in the minds of companies and governments, that initial teething period will be worth it – even allowing for a few unexpected driverless car crashes along the way. McKinsey estimates that self-driving vehicles – of all kinds – could save billions. Germany, for example, which has a complex mix of large autobahns, winding rural roads, and tight European-style city streets, would find an extra €1.2 billion ($1.35 billion) in its collective coffers by 2040.

That complex road network, though, may cause its own problems.

“There are going to be issues with different operational design domains,” says Porter, “I think when we see the roll-out of these technologies, we’ll see them on highways early on as it’s the most similar type of road across different countries, but when you get into crowded city streets and things like that, that’s why you need much more regionally-focused assets. London at midday or 3am bears very little resemblance to LA, San Francisco, or Pittsburgh where most of the tests are taking place.”

How all of this plays out in the real world, though, we’ll have to wait and see. Car companies, whether we like it or not, are pushing forward, making motoring more tech-based. This will almost certainly result in more accidents in the short term. Having more phones and screens competing for drivers’ attention will not end well so long as the driver is still doing the driving.

However, as driving becomes more automated and more predictable thanks to computers, accidents may become a thing of the past.

“We are looking at the biggest change in the motoring industry – ever,” says Marxreiter, “I’ve been in the industry for twenty years now, and we’ve always been talking about networking design, car design, engine designs, but everything is changing.”