Learn more about their specialty, the testing progress and the results. 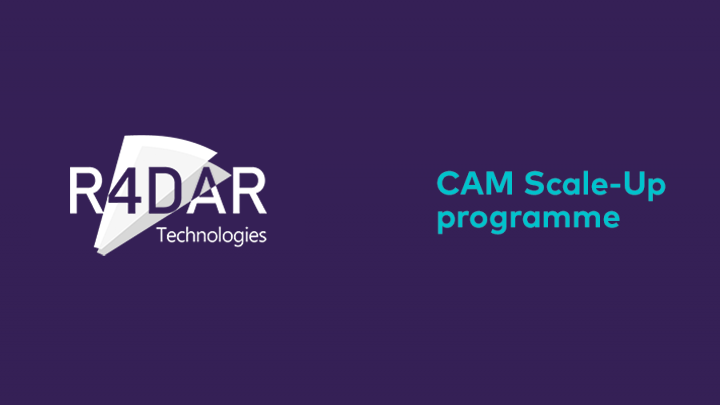 R4DAR is seeking to revolutionise the safety of vulnerable road users with the innovative application of a very familiar, very resilient point-to-point technology: radar.

R4DAR was founded in 2019 by Clem Robertson. With a background in engineering, Clem utilised radars and beacon technology to create a resilient method for identifying road hazards.

He identified the need for this technology after driving on country roads near his home one evening, when he narrowly avoided a serious collision with a cyclist. He attributes the lucky escape to an oncoming vehicle who silhouetted the cyclist in time for him to brake, as despite having a collision avoidance system, his four-year-old car did not detect the cyclist.

Motivated by his experience, Clem decided to devise a solution to the issue. He started to investigate the use of radars as a way to improve collision technology in vehicles. Since its inception, R4DAR has been boosted by the US declaration and pledge of $1.2tn into infrastructure, specifically focusing on vulnerable road users, such as bicycles and pedestrians.

R4DAR is seeking to help solve the ongoing issue of effective identification. For the purposes of collision avoidance, detection and location are only truly effective when complemented with identification and classification. The robustness of radar means that it is simple and effective as a standalone detection and location system. There may occasionally be some attenuation on its performance, but it is solid and reliable compared to other systems that rely on factors other than the object or party for which it is detecting and the object or party that it is detecting. Exploiting the principles of secondary radar used by air traffic control, R4DAR’s solution adds extra metadata to the radar signal allowing objects and assets to be categorised and identified.

R4DAR is creating beacon technology and beacon software that will be universally accessible and readable to every kind of automotive radar. Unlike V2X systems, it does not rely on WiFi networks, satellites, or cellular networks, which all suffer from black spots. This resilience is the real competitive advantage of R4DAR.

Repeatable performance testing across different environments and use cases.

The Zenzic CAM Scale-Up programme is a great opportunity to showcase the simplicity and effectiveness of the comparable self-contained detection/identification/classification system. Demonstrating that R4DAR can be ‘read’ by any automotive radar opens up a potential to licence the technology for retail in a unit as simple and potentially ubiquitous as a bike light, while their beacon software can be seamlessly integrated with any current generation automotive radar.

R4DAR used the Smart Mobility Living Lab: London (SMLL) and UTAC Millbrook testing facilities to test their technology. At UTAC Millbrook, they carried out repeatable performance testing with a radio-controlled bike and pedestrian with a radar mounted on an autonomous SMLL vehicle. The tests demonstrated the R4DAR beacon coming into ‘view’ and being detected by the radar in various set-ups and scenarios. This was then repeated at SMLL, but in a real-world scenario, showing the early detection and identification well ahead of the car’s onboard camera.

Being part of the Zenzic CAM Scale-Up programme has allowed us to gather data we would never be able to gather elsewhere, in environments we wouldn’t have access to on our own. It’s been instrumental in helping us achieve and accelerate the development of our technology by a minimum of 6 months, if not a year, as well as offering us the opportunity to apply for seed investment both nationally and internationally.”

So far, R4DAR has been a self-funded company. It is currently going for its seed investment round. The opportunity to showcase its technology in such a high-profile arena represents great timing for the company. Currently, R4DAR’s technology is at TRL 5-6 in the air with its technology for drones, but by participating in the Zenzic CAM Scale-Up programme they will bring the road-based technology to parity and help push to TRL 7 and the minimum viable product.

R4DAR is also working with supporters to achieve standardisation with both SAE and ISO. There is currently no accepted standard of classification identification by radar for the automotive sector, but they hope to see that change in the future. Specifically, they would like to gain the support of both bike manufacturers and major radar manufacturers.

Participating in the Zenzic CAM Scale-Up programme has accelerated R4DAR’s product developments by a minimum of 6 months, giving them the opportunity to carry out stringent testing to make the most of their product’s potential.

Meeting and collaborating with CAM Testbed UK has been invaluable for R4DAR. It’s enabled them to not only test their technology, but has also opened doors to apply for seed investment in the UK and abroad.

R4DAR believes that being part of the programme has enabled them to improve their technology readiness level at a more accelerated rate than they would have been able to achieve on their own.

The edge processing solution that provides in-depth insights into movement within cities.

Transforming how motor claims are processed through their connected claims platform.

Find out more about the
CAM Scale-Up programme

Want to talk about connected and automated mobility in the UK and see how Zenzic can help you?

Seven projects from right across the UK awarded £81 million in combined government and industry funding for commercial self-driving passenger and freight services.