As part of its remit to promote the adoption of driverless vehicles, Meridian and a number of its partners showcased technology being developed in the UK during six days in Cheltenham.A record audience of nearly 7,000 school children and an attendance of more than 40,000 people visited the science festival during the week activity. Children were encouraged to draw their vision of a driverless vehicle, including what they would like to see inside it and who they would like to travel with and 1,200 of them did this. The reel will shortly be on display on our website. 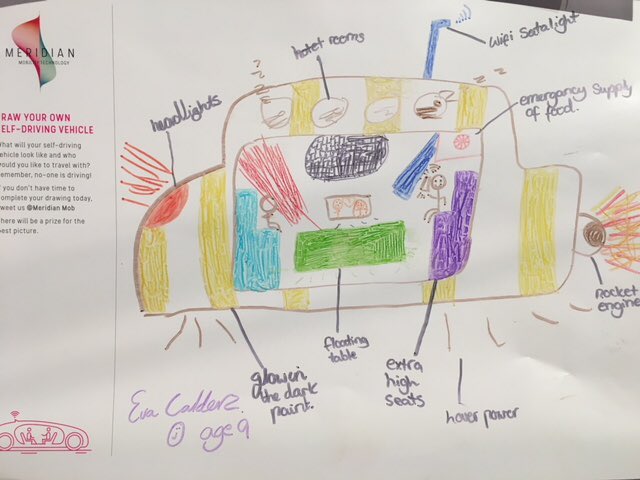 During the event, Meridian partnered each day by different organisations including;

Ventura and Flourish partnerships talking about self-driving cars and the future of mobility.

Conigital demonstrating their virtual showroom, CAV tracking system, Indoor positioning system and with the Westfield pod on display outside.

Robert Bosch with a virtual reality simulator demonstrating the future of driving autonomously.

TRL with a crash test dummy of an eight year old child and a high speed camera demonstrating how crash scenes are captured in great detail.

Fusion demonstrating and talking about their sensors and control systems for autonomous vehicles. 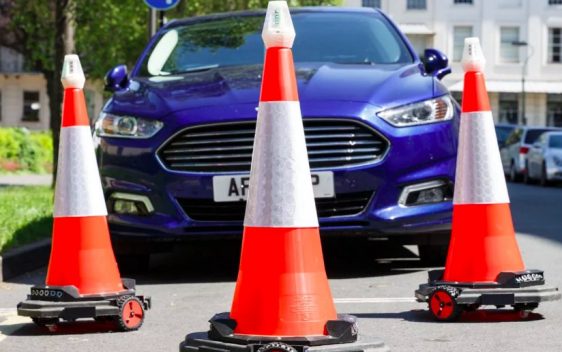 If the view of Gloucestershire’s attendees was reflected across the country, the UK is ready to embrace a Driverless Future, ‘bring it on’ was the conclusion of most people, ‘I cant wait’! 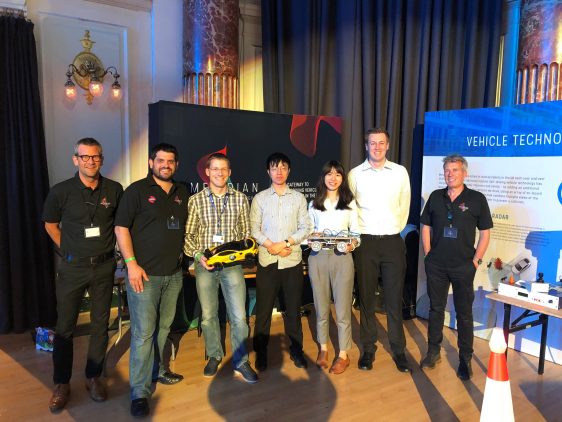